Cat breeds are cute, intelligent, clean, and fun. That is why most people like to have one or two of them in their homes. Cats bring peace and happiness to their owners. Many people nowadays adopt a kitten because it is easy to take care of a cat and they usually cost a little money. While cats get adopted easily, there are a few of the cat breeds that are rather unlucky to be adopted. Black cats and black and white cats are among the lowest amount of cat adoption. You may wonder why this is the case. Here in the following, we are going to explain the unpopularity of black and white cats.

Bicolor cats that have black and white markings are also called tuxedos or piebald cats. These cat breeds are also called tuxedos because it looks like they are wearing a formal dinner suit. So undeniably, black and white cats are among the most fashionable and well-dressed in the cat’s world. But this is not the only way that they are called. They are also known as magpies. According to some studies, black and white cats can turn up in several breeds, including Siberians, Persians, Maine coons, American, British, and…

These cat breeds can have both short and long hair depending on their breed.

How often should I feed my cat wet food?

Research suggests that black and white felines get their distinctive fur patterns because of the way their cells develop in the womb. In other words, their color is caused by slow-moving cells. Their coat patterns are interesting and unique and they mostly have green eyes. These cat breeds can also have brown or yellow eyes but this is less common. Their hair colors are black and white because of genetics. Tuxedo cats inherit something named the white spotting gene, which avoids black fur from occurring in patches across the cat’s body.

What are the characteristics of black and white cats?

These cat breeds are intelligent, affectionate, and are an amazing addition to any family home. Black & white cats are perfect family cats and adopting one is a decision you’d never regret. These felines have fun, playful personalities. This means these cats tend to love the company of humans. They usually get on well with other pets. They even appeared on television and in the artwork too.

Although coat color may play a role in personality, we have to remember that it is not the only way of assuming a cat’s personality. It is worth mentioning that cats’ most personalities come from their childhood (about 5 to 8 weeks).

One reason for the unpopularity of this kind of cat is that they are fairly common domestic cat coats and that is why people prefer to choose other colors rather than black and white cats. That is a psychological fact that humans mostly desire things that are rare and not common.

Another reason for their unpopularity is their aggression. For many years, researchers have investigated cat coats and their relevance to their personalities. It is shown during some surveys that gray and white cats and also black and white cats are the most aggressive cats when they visit a vet. According to an examination black and white cats were most likely to react negatively when handled but on the other hand, most black and white cat owners announce that their cats are extraordinarily friendly, vocal, active, and smart. So as in humans, cats’ personalities vary from one to the other. Then we can say that personality is more important than appearance, as a result whether your pet’s disposition is related to coat color, socialization, inherited traits, or other factors, you’re probably happy that your furry friend has his or her distinct personality. To reject cat breeds because they have a certain type of coat is a mistake so give every cat a chance to show you how cute he is before blindly judging him by its coat color. 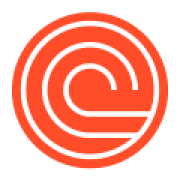 What breed is a black cat with green eyes?

What breed is a black cat with green eyes?